Azithromycin (Zeecin) contains Azithromycin U.S.P.
It is a nitrogen-containing macrolide or azalide for oral administration with a chemical formula of C38 H72 N2 O12. 2H2O and a molecular weight of 785.0.
CLINICAL PHARMACOLOGY:
Azithromycin (Zeecin) acts by binding to the 50 S ribosomal subunit of susceptible organisms and thus interfering with microbial protein synthesis.
Following oral administration, Azithromycin is rapidly absorbed and widely distributed throughout the body. Absorption is reduced by food. Peak plasma concentrations are achieved in 2-3 hours after a dose. Rapid distribution of Azithromycin into tissues and high concentrations within cells results in significantly higher Azithromycin concentration in tissues than in plasma or serum. Only very low concentrations were noted in CSF (Less than 0.01 mcg/ml) in the presence of non-inflamed meninges. The serum protein binding of Azithromycin is variable in the concentration range approximating human exposure, decreasing from 51% at 0.02 mcg/ml to 7% at 2 mcg/ml.
Biliary excretion of Azithromycin, predominantly as an unchanged drug, is a major route of excretion over the course of a week, approximately 6% of the administered dose appears as an unchanged drug in urine.
INDICATIONS:
Azithromycin (Zeecin) is active against both Gram-positive and Gram-negative organisms. It is indicated for the treatment of infections caused by susceptible bacteria in conditions listed below: Upper Respiratory Tract Infection: Acute Pharyngitis, Acute Tonsillitis, Sinusitis and Acute Otitis media.
Lower Respiratory Tract Infections: Acute bronchitis, Acute bacterial exacerbations of Chronic Obstructive Pulmonary Disease (COPD) and Pneumonia.
Uncomplicated Skin and Skin Structure Infections: Due to Staphylococcus aureus, Streptococcus pyogenes, or Streptococcus agalactiae. Abscesses usually require surgical drainage.
Genitourinary Infections: Infections due to Chlamydia trachomatis like Nongonococcal Urethritis and Cervicitis.
ADVERSE DRUG REACTIONS:
Azithromycin (Zeecin) is well tolerated with a low incidence of side effects. Majority of the side effects were mild to moderate in nature and of gastrointestinal in origin with nausea, abdominal discomfort, vomiting, flatulence and diarrhea. Allergic reactions such as rash have occurred and there have also been rare reports of serious hypersensitivity reactions. Reversible elevations in liver transaminases have been seen with a frequency similar to the comparative macrolides and penicillins used in clinical trials. Transient mild reductions in neutrophil counts have occasionally been observed in clinical trials, although a causal relationship to Azithromycin (Zeecin) has not been established.
DRUG INTERACTION:
Azithromycin (Zeecin) absorption was reduced in the presence of food and antacid. So, Azithromycin (Zeecin) should be administered 1 hour before or 2 hours after taking food or an antacid. In patients receiving Ergot alkaloids, Azithromycin (Zeecin) should be avoided concurrently, because of the possibility of ergotism resulting from the interaction of Azithromycin (Zeecin) with the cytochrome P-450 system. However, no cases of such interaction have been reported. Macrolides have been known to increase the plasma concentration of Digoxin and Cyclosporin. Therefore, if coadministration is necessary, caution should be exercised and serum levels of Digoxin and Cyclosporin should be checked. There have been no pharmacokinetic drug interactions between Azithromycin (Zeecin) and Warfarin, Theophylline, Carbamazepine, Methylprednisolone and Cimetidine.
INSTRUCTIONS:
Store in a cool & dry place below 25ºC.
Protect from light, heat and moisture.
Keep out of reach of children.

Super Health’s intention is to make sure that its consumers get information that is accurate, reviewed by an expert, and error-free. However, the information mentioned here should not be used as a replacement for the advice of a qualified physician. The information given here is for informational purposes only, and may not cover all possible precautions, side effects, contraindications, or drug interactions. Consult your doctor and discuss your queries related to any medicine or disease. 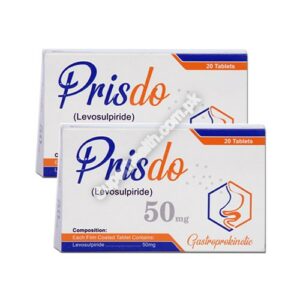 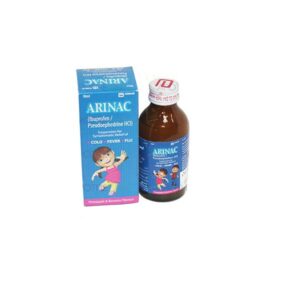